There must be hundreds of these lists around and there’s plenty of opinions on what are the most important things to do to make your house cozier. Surprisingly in our research we’ve found that some of the biggest cost savings are actually the least expensive things to do. With that in mind I’ve listed 8-Read More

There must be hundreds of these lists around and there’s plenty of opinions on what are the most important things to do to make your house cozier. Surprisingly in our research we’ve found that some of the biggest cost savings are actually the least expensive things to do. With that in mind I’ve listed 8 improvements you could make. Most of them will cost you between zero and a few hundred bucks. One or two might cost a couple of thousand, but you’ll see big benefits and a much quicker return than solar panels or replacement windows.

Turn your bathroom fan and kitchen exhaust off as soon as its done its job. In less than two hours, you can expel all the warm air in your house with just one high volume fan.

Eliminate air leaks. This is by far the most important things to do- if you have leaky windows, doors, no weather stripping, air leaks in the floors or in the ductwork, you’re basically heating the outside. Believe it or not in an average leaky house all those gaps can add up to a 9 square foot hole.

Fix your Ducts. Have your heating checked by a professional and make sure its working properly. Its very important to make sure the ducts are well insulated and not leaking air. Duct testing is the best and only way to check this, basically they blow air in your ducts and see how much comes out the other end. We’ve seen as much as 60% loss, and if your ducts are in the crawl space, that’s where all that warm air is going. The filter on the furnace can also cause big inefficiencies, so make sure its changed regularly.

Install a smart thermostat. Okay, so you don’t want to turn it down, but its doesn’t need to run when there’s nobody home. A programmable thermostat is less than $30 and will allow you to have the heat come on only when you need it.

Insulate your attic and if possible your walls and floor. But most important is the attic. To do it right, it should be placed against the air barrier (the back of the drywall ceiling) If there is a space between the insulation and the drywall, the insulation doesn’t work as well. Also, be sure to check the areas that often get missed, even on new homes. I’m speaking of soffits, skylight walls, and the attic hatch. Be careful of insulation contractors that blow a bunch of insulation around and don’t pay attention to those last items.

Insulate your hot water heater. If it’s really old, you might want to replace it. You could consider an on-demand water heater, but that’s not always the best choice. At minimum, blanket the heater with another layer.

Close your Fireplace damper if your not using it. If you have an open fireplace and you’re not using, its basically a big hole in your house letting heat up the chimney. You should also close the fresh air vents if the fireplace is not in use.

While we’re on the subject of fireplaces; if you have an open one, there’s a good chance that its making your house colder even when its lit. Its something to do with convection and drafting, but essentially what happens is when the heat from the fire goes up the chimney, it’s sucking more cold air through the gaps in your house. You have the illusion of being warm, and in fact you are, if you’re three feet in front of it, but the other side of the room gets way colder. Your best option is to install a fuel efficient wood burning or gas burning insert. ~ Andy Bannister 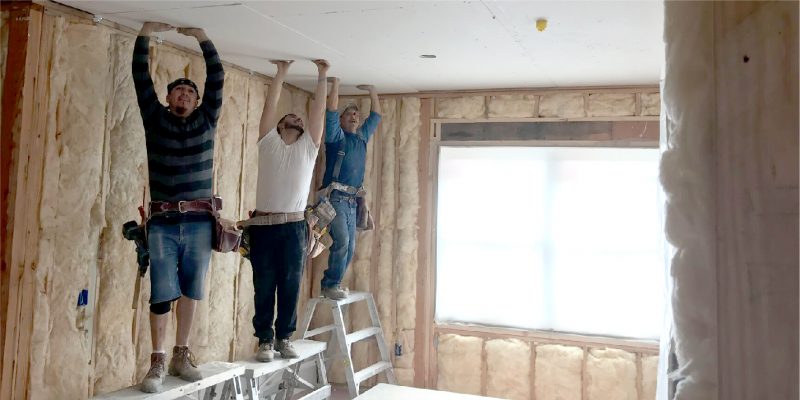